May 2016, Seeds of revival in the ground are waiting for prayer, Elaine Price

I see a picture of Wales and below the surface of the land into the earth. It is rich soil but the unusual thing about it is that it contains multitudes of seeds in the earth below. 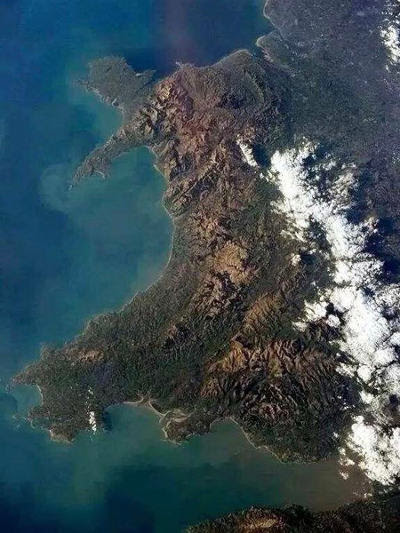 These seeds are of the people involved with the Revival’s of the past in Wales – from the last Revival of 1904 and previous ones too from the 17c to the 20c. There are many, many seeds in the ground – dormant, resting in the soil of this land. Pray for these seeds to grow. It’s our prayers their waiting for ‘I’m longing to hear your prayers Oh Wales rise up in unity together and pray. English and Welsh together’
I now see flowers all over and covering the land of Wales  beautiful yellow flowers.

The Israelites who came out of Egypt were a mixed multitude. They crossed the River Jordan led by Joshua and entered the promised land, a land of milk and honey.   They hadn’t personally been there before, but it was their inheritance a land allocated to them by God. The land and the people go together.
This was the very same place where Elijah the prophet and Elisha crossed the Jordan river where Elijah was taken up to heaven in the chariot of fire and Elisha picked up his mantle.

This was also the very same place that years later John the Baptist was baptizing people in the Jordan river and Jesus asked him to baptize him and He consequently started His ministry from there.
God often moves in exactly the same places as before. The same is true of Wales, and as He has done in times past He will do again in the same places, because the seeds of our forefathers are still here in this land.

"Oh land, once blest and used so mightily in the past I have not forgotten you and for the sake of your forefathers I am ready to move mightily amongst you once again. I will bless you again - the whole of Wales from the mountains to the valleys including the Islands, every part of it. It’ll spread again to other Nations. It’ll be a mighty move of my Spirit."

Many of you have personal seeds in the ground some from ages past and some of latter years – those seeds are still in the ground lying dormant. Visions you’ve seen that you’ve laid down and almost forgotten.  They are waiting for the fullness of time. The time is now. Pray – now is the time.

Wales is known as the land of Revival and the land of song – the seeds are still in the ground waiting. Look and ‘see’ this beautiful land full of yellow flowers blossoming, blowing in the wind of my Spirit. – My Spirit is hovering, waiting. Pray to me Oh my people.
I will come like the gentle refreshing rain like the former rain and the latter rain – for now.
The seeds of the songs are also in the ground – ‘Sing Oh my people, Heaven itself is waiting for the songs to arise – out of the bedrock of this Nation, old songs, Welsh songs. I will revive them again saith the Lord’
‘There’s a stirring going on especially among the Welsh speaking young people- that’s of me – saith the Lord’

Other Nations are also carrying the seeds of the Welsh Revival from Missionaries that went out from Wales  to India, Africa and Korea, Asuza St etc …..
Many are coming back carrying these precious seeds to say "Thank you" and to bless us.
Newer Post Older Post Home

If you'd like to receive updates to this page, please enter your email here:

This links to a friend's collection of propheciesabout Wales and the U.K.as well as his great blog about Welsh Revival History and current happenings.